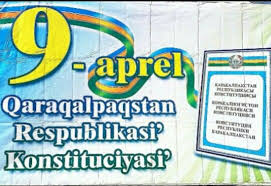 As we know, on April 9, we celebrate the 26th anniversary of adopting the Constitution of the Republic of Karakalpakstan. At the Palace of Culture of Karakalpak State University named after Berdakh there was organized a meeting devoted to this day. At first there were sounded the national anthems of Uzbekistan and Karakalpakstan.

The festive event was held by Rector.

They also told about the role of the main law in our life and significance in providing human rights and freedom. There was given wide information on today’s changes and additions to the laws, the new decrees and resolutions. Along with it, there was given information on wide-ranging events carried out on this basis and paid special attention to the problems of juridical competence and juridical culture of our people.

At the meeting the students expressed their opinions, got answers to questions and received information on their specialization. 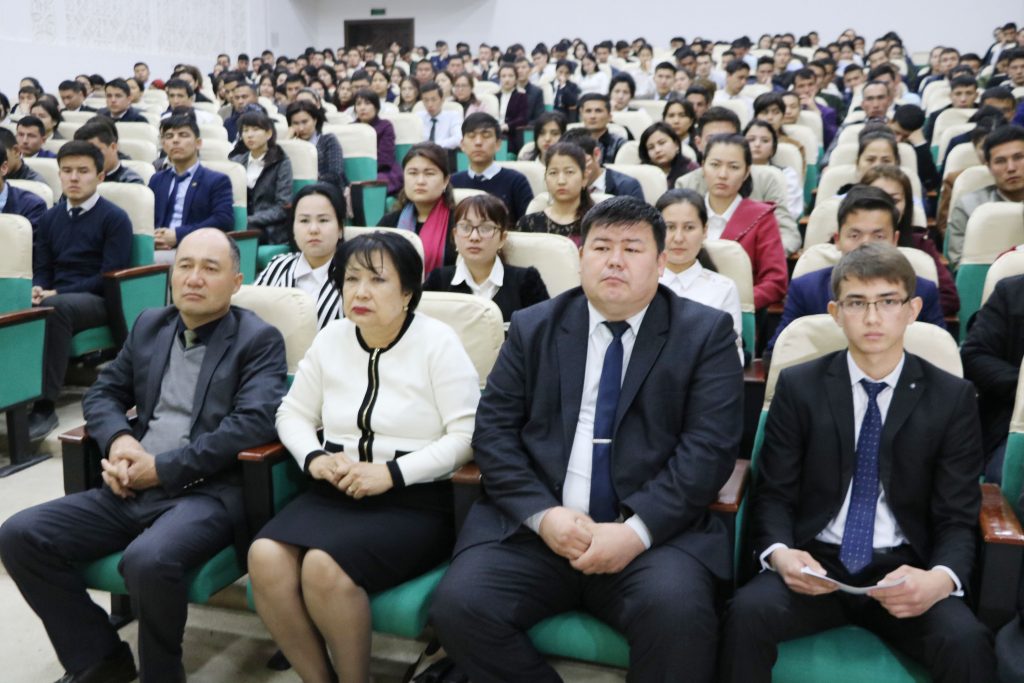 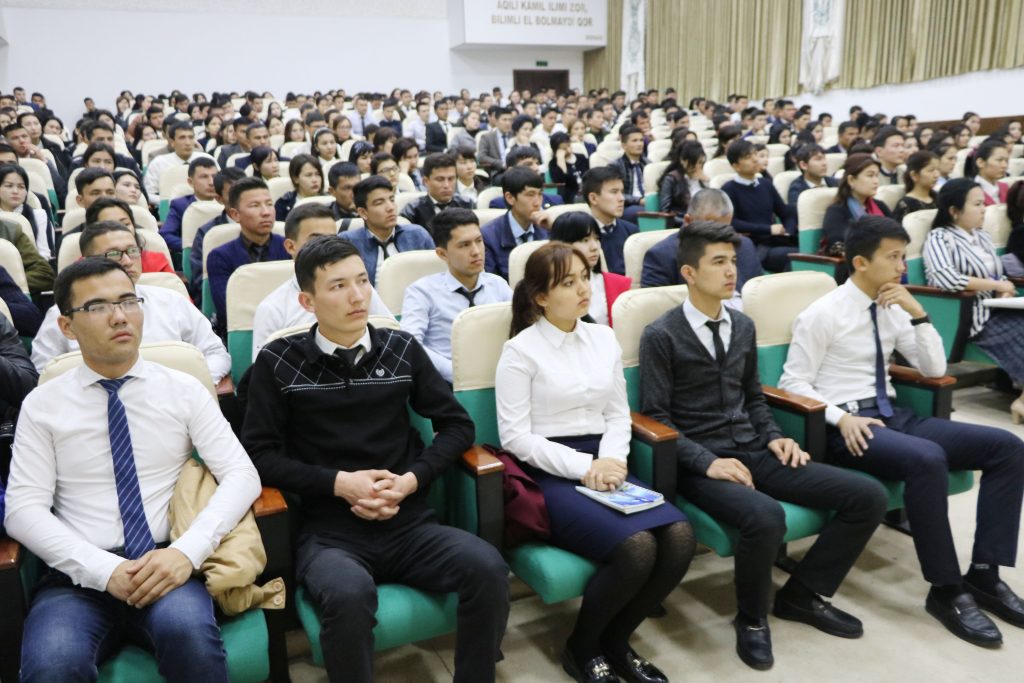 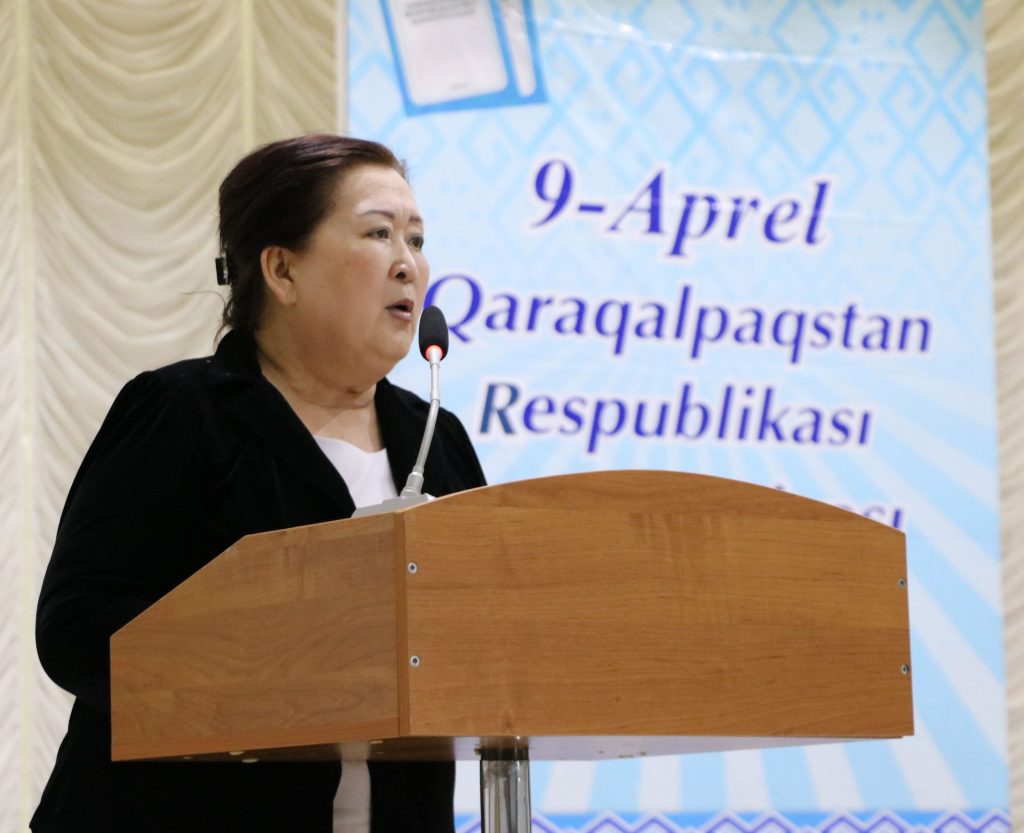 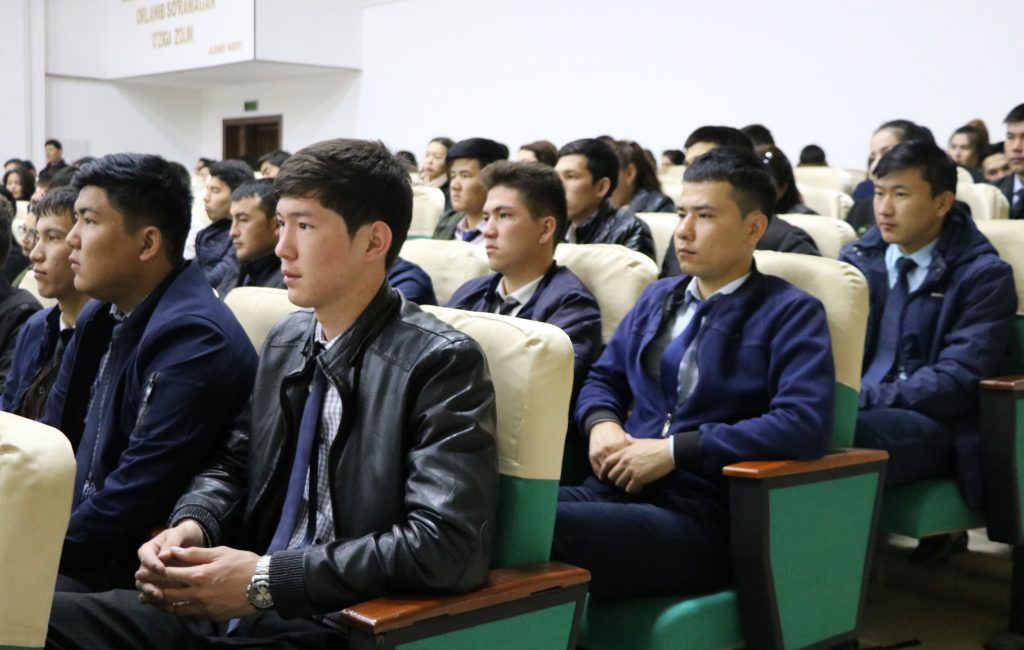 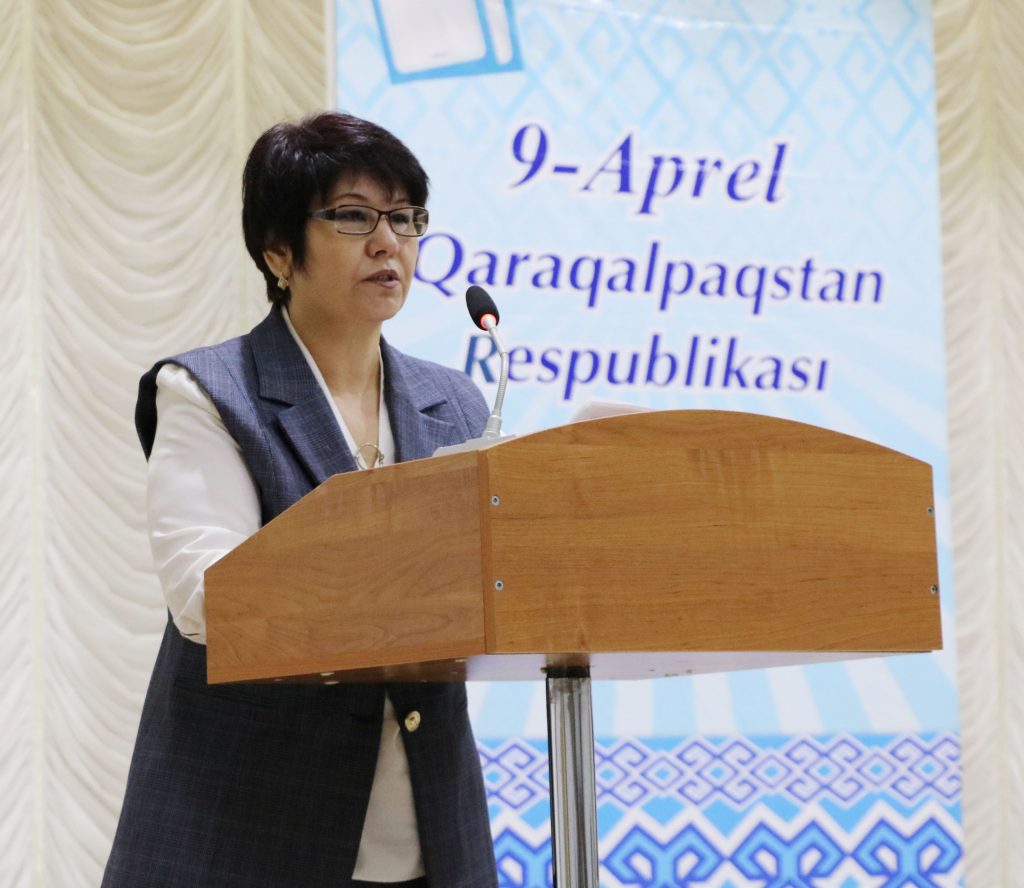 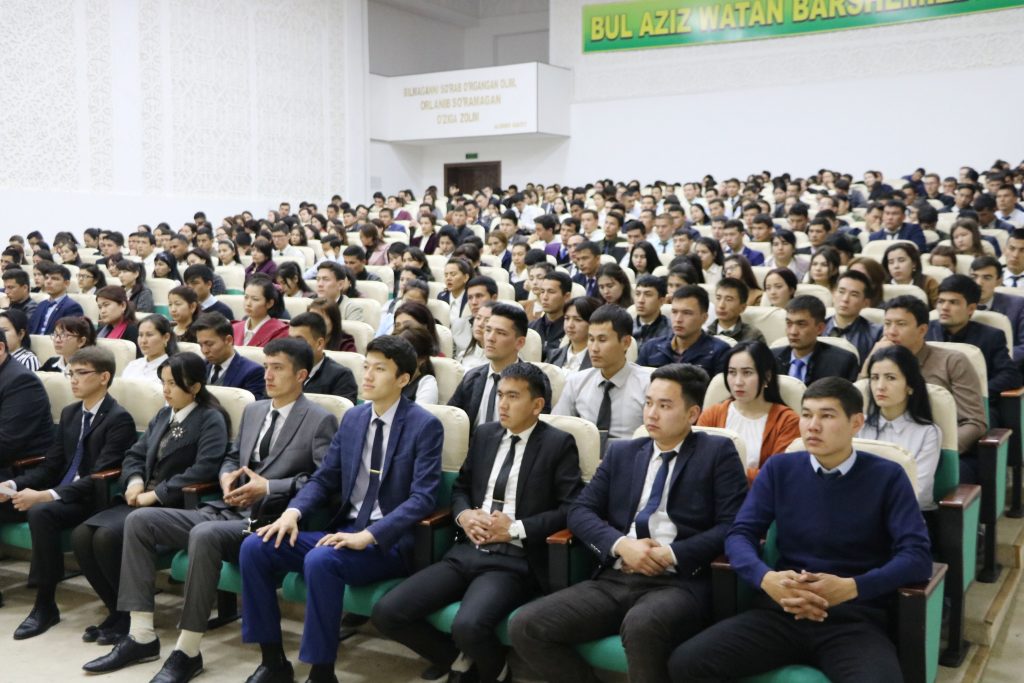 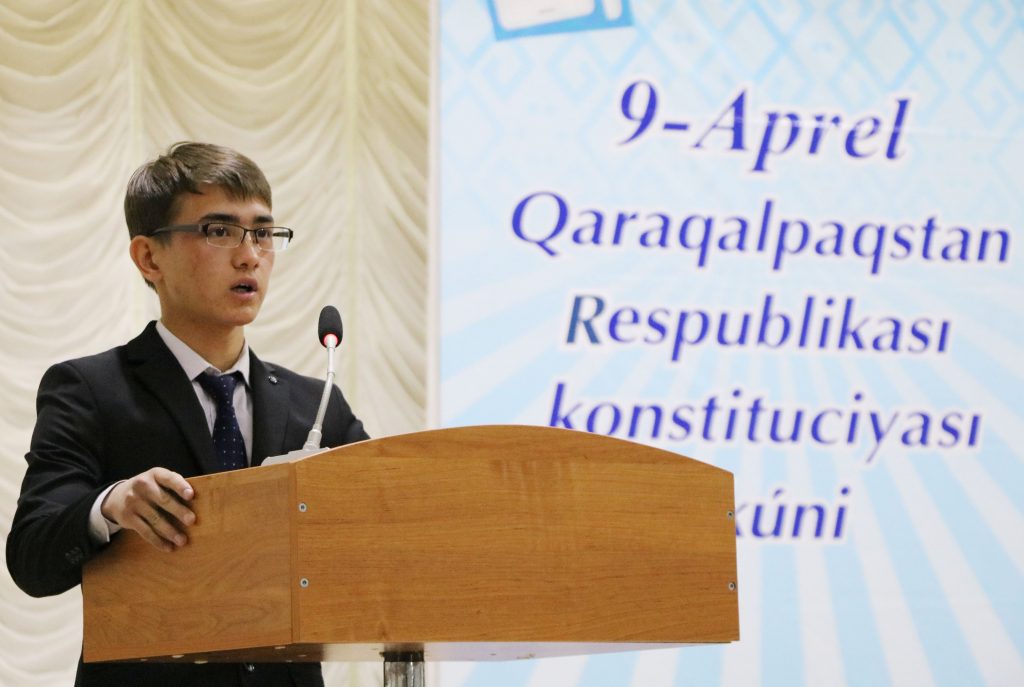 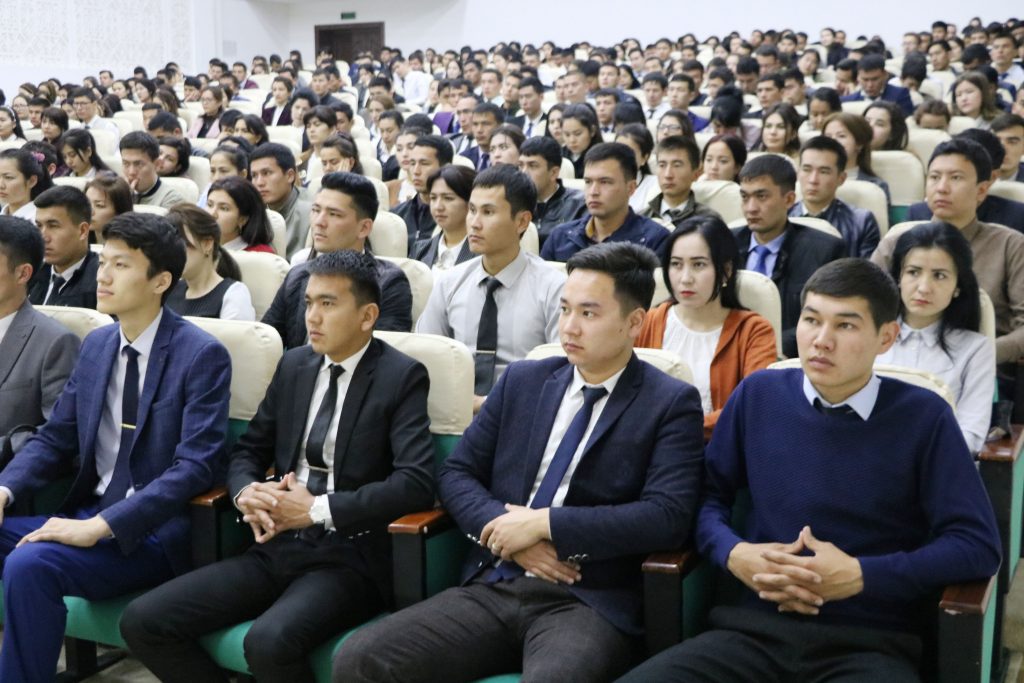