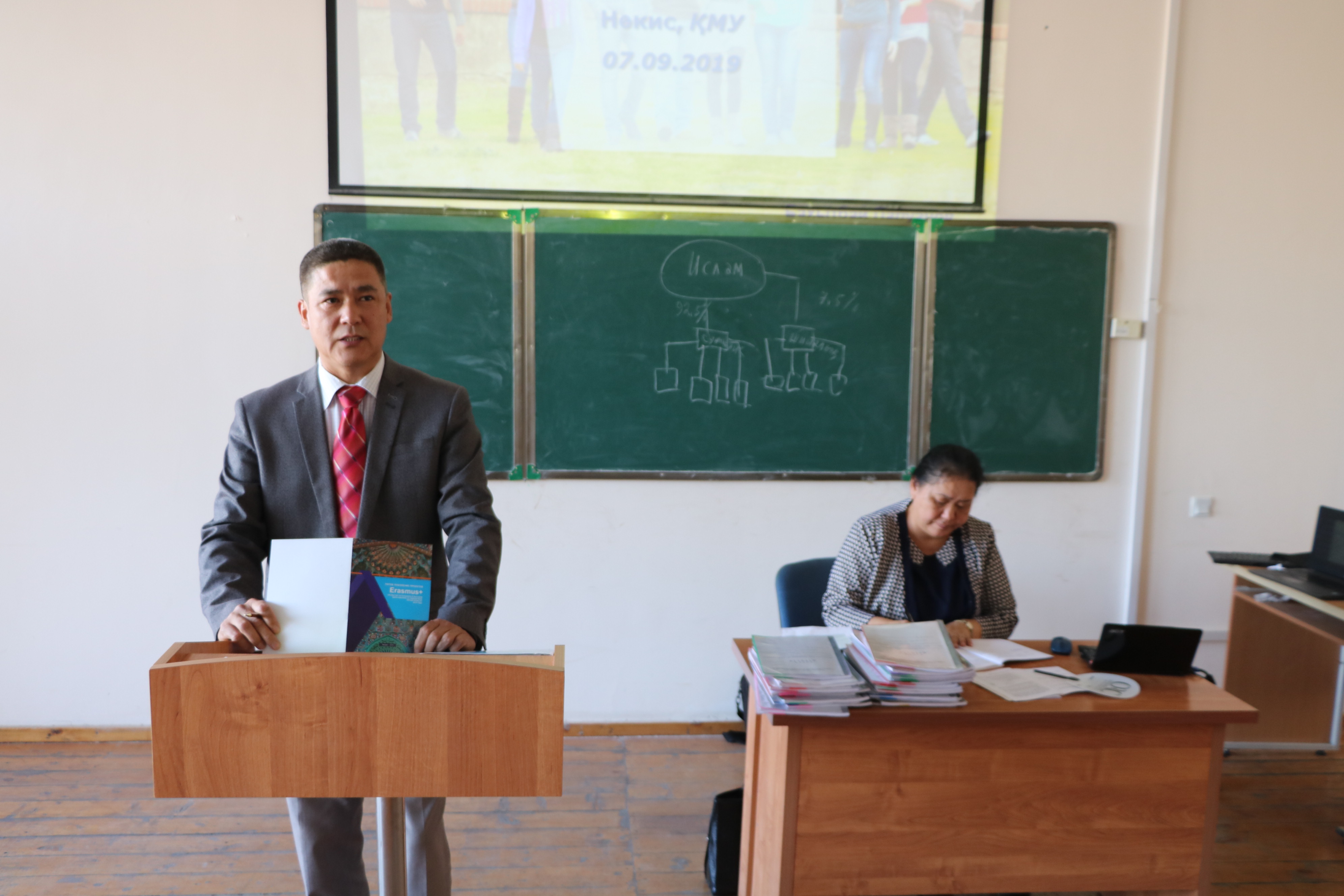 The Erasmus+ Program Week in Karakalpakstan has started at Karakalpak State University.

The event, which was held in three large auditoriums of the main building of the University, was attended by undergraduates and students. It was attended by not only our University students, but also students from other higher educational institutions of the region.

The event was opened and led by Shakhmardan Shaniyazov, Head of International Relations Department of Karakalpak State University.

Firstly, Bakhitbay Paluanov, an associate professor at KSU, made a presentation on the Erasmus+ program and explained how to participate in it. He told in detail about the projects he is undertaking.

Professor Alima Berdimuratova told about her participation in DECIDE project at KSU.

Then the teacher of the Branch Almagul Khaliknazarova told about the BuzNET project implemented at the Nukus Branch of Tashkent State Agrarian University.

The event continued in the form of questions and answers. 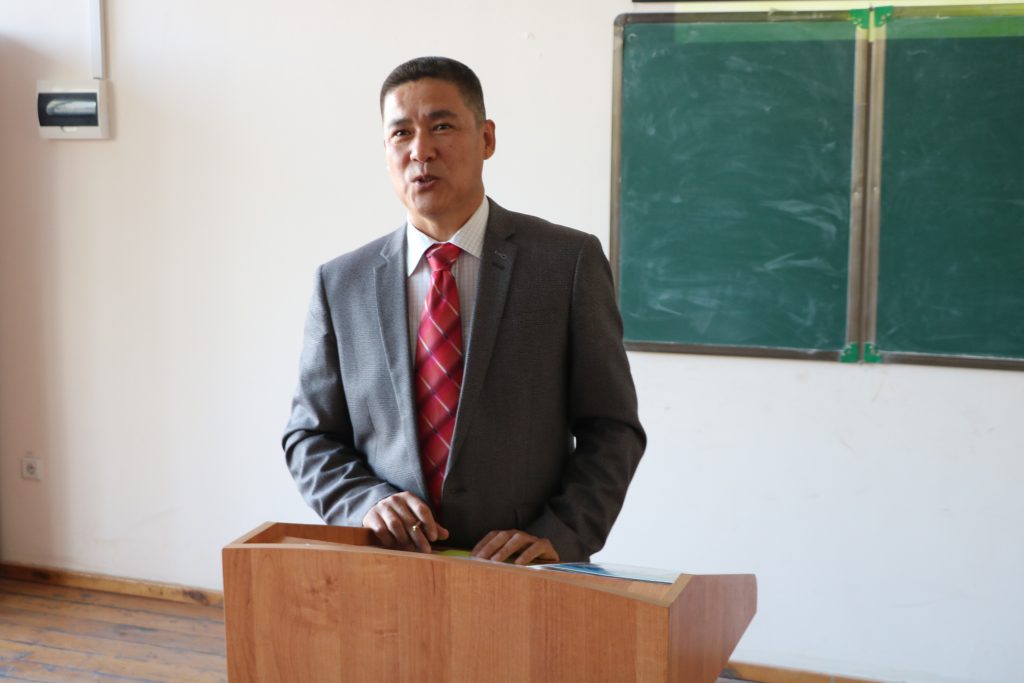 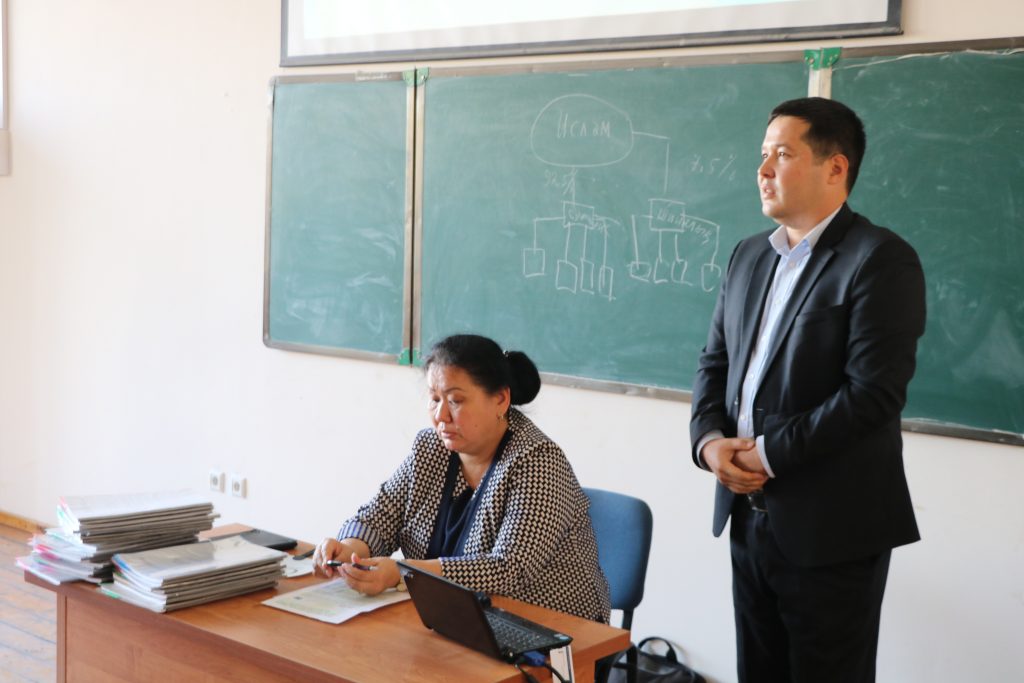 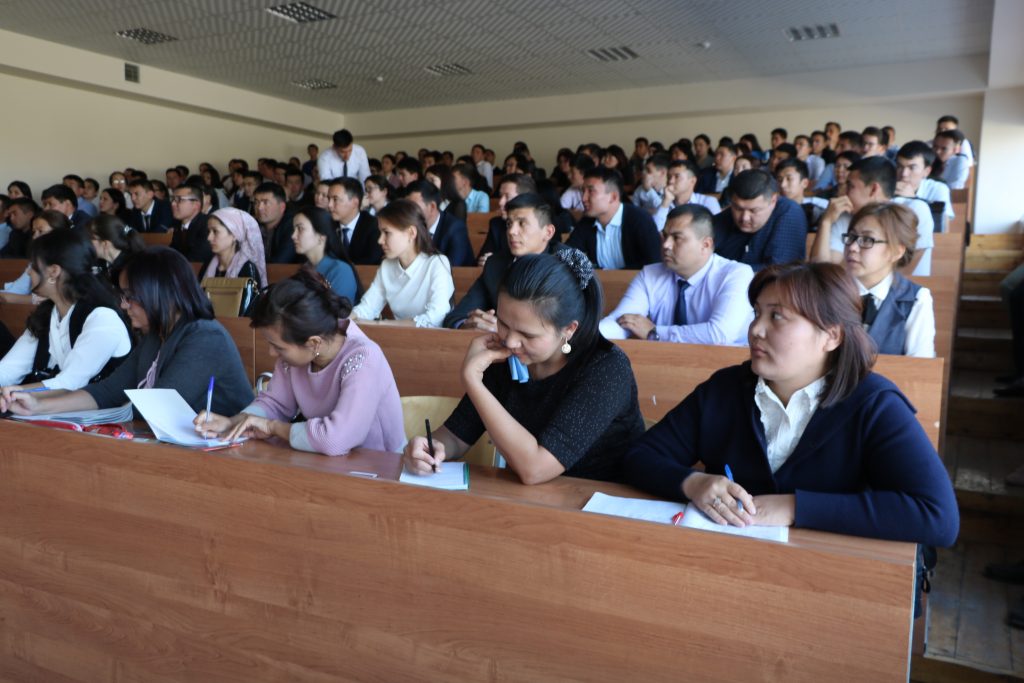 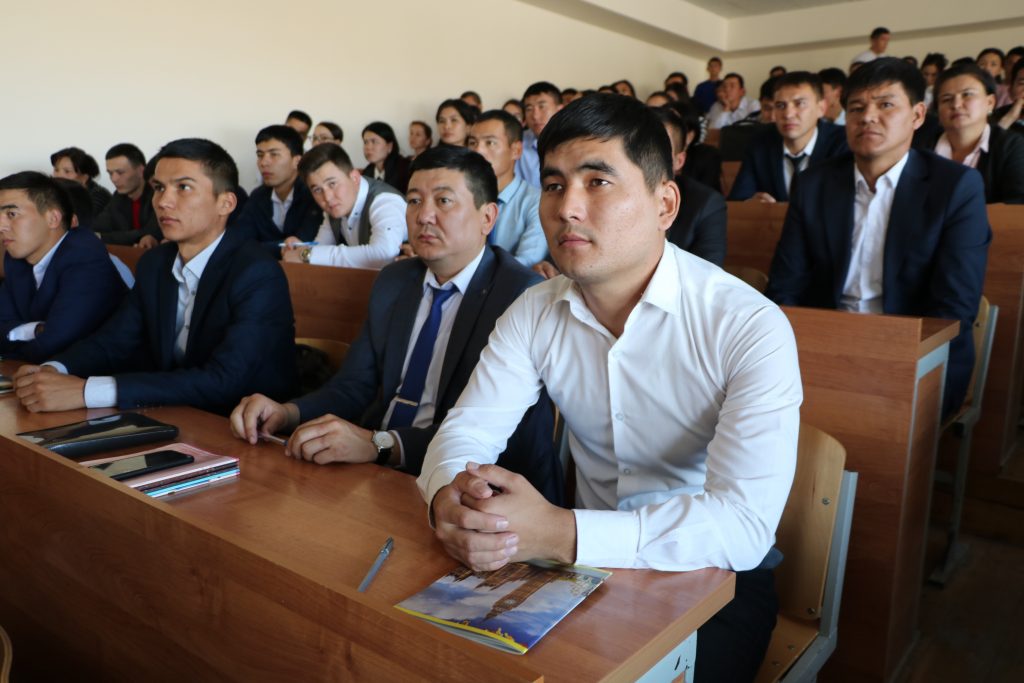 Post Views: 40
Newer The professors and teachers of our university are the champions!
Older Karakalpak state university student recruitment for Korean course
keyboard_arrow_up Skip to content