Department of kazakh languages and filology 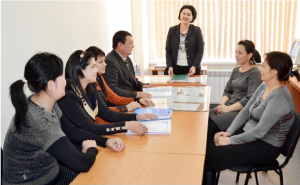 2.Issuess of Turkish languages and literature. They have been attending with their  statements  to the  international  scientific – theorial conferences which hold in the Republic of  Kazakhstan, for the language and literature.

During 3 years 70-80 more scientific articles and thesis of professors of the chair were announced in foreign countries.