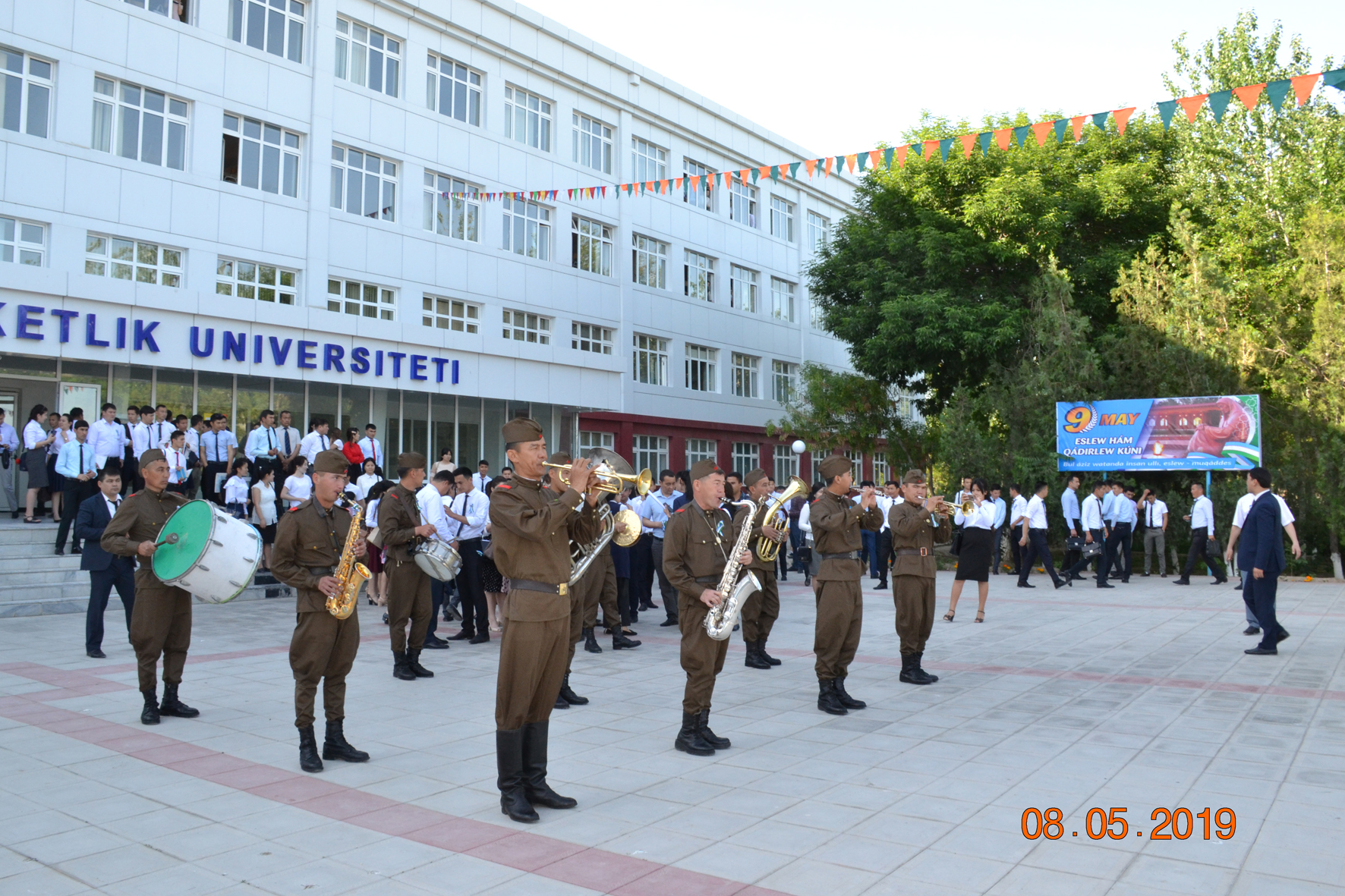 Remembrance and Honor Day is a special honor and respect to our great ancestors, parents, people who give the lead by showing their own way of life.

The reason is that there isn’t any family which suffered from the terrible consequences of the Second World War. When the war broke out, more than 1.5 million of our compatriots were sent to the war and 500,000 were killed in this bloody war. Most of them were seriously injured and became disabled. Moreover, our people were not only on the battlefield, but also working hardly at the rear of the front, they provided our warriors with necessary supplies, clothes and foodstuff. Also they provided thousands of families and children who were deported from the war zones with home and food.

Such festive events as May 9 – Remembrance and Honor Day, as well as the 74th anniversary of the victory over fascism in the Second World War are widely celebrated throughout our republic.

Early in the morning, in front of Berdakh Karakalpak State University the military orchestra of the North-West Military District in Nukus and talented students of the University performed songs and melodies of the war years.

The event was attended by Rector of Karakalpak State University Akhmet Reymov, the university professors – teachers, students and representatives of the general public.

After that, the university administration laid wreaths to the foot of the “Sorrowful Mother” monument in Nukus.

Indeed, today to value living under the blue sky, peace life and cherishing it is a sacred duty of every citizen, including our youth. 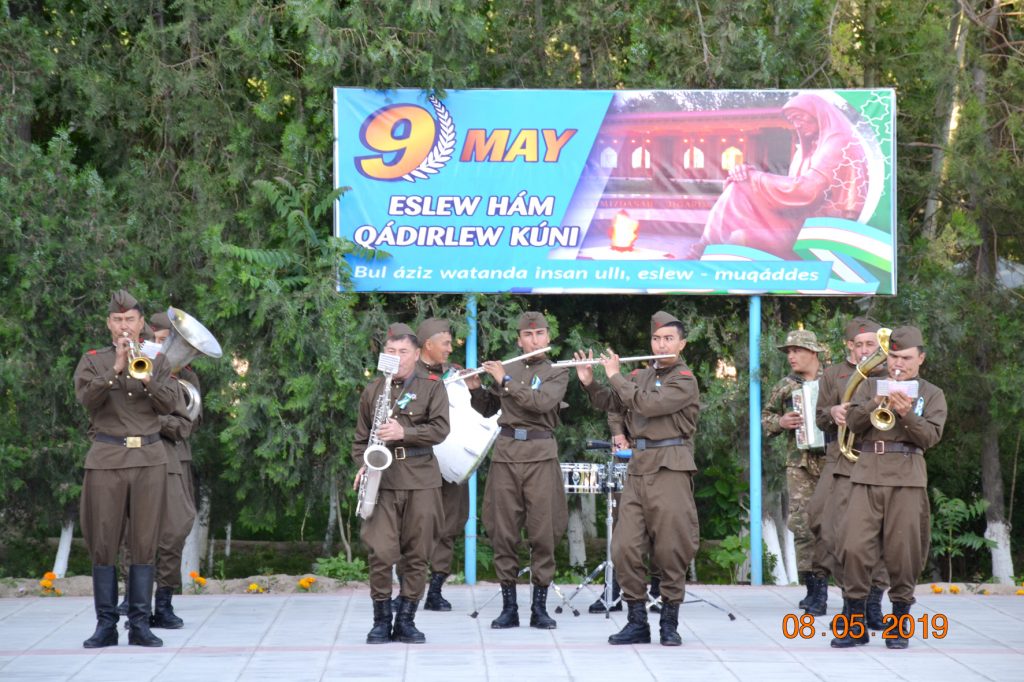 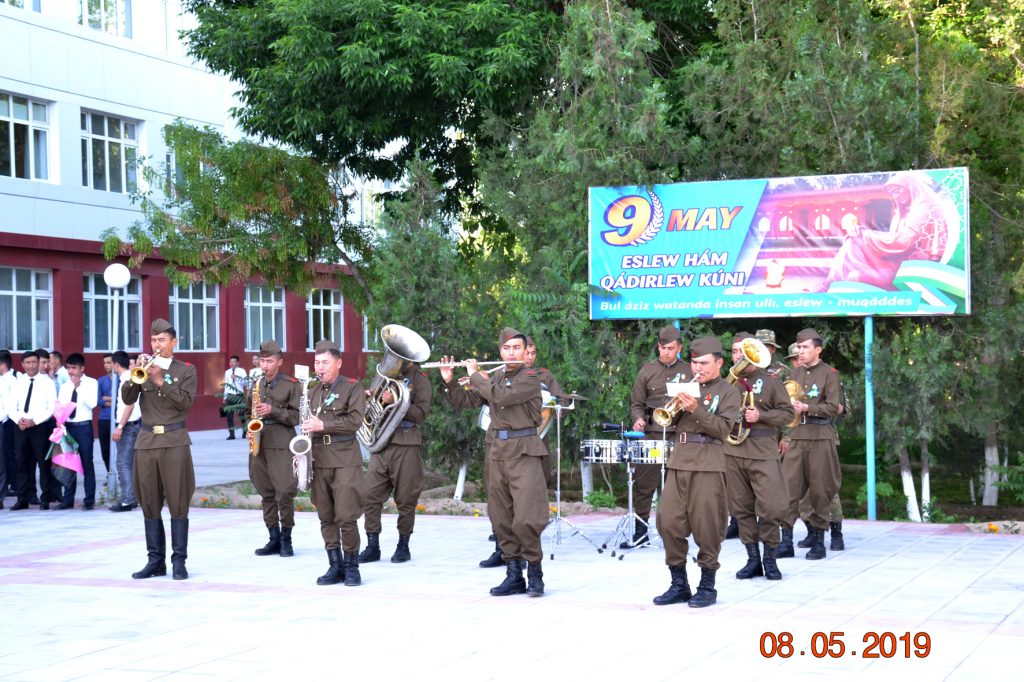 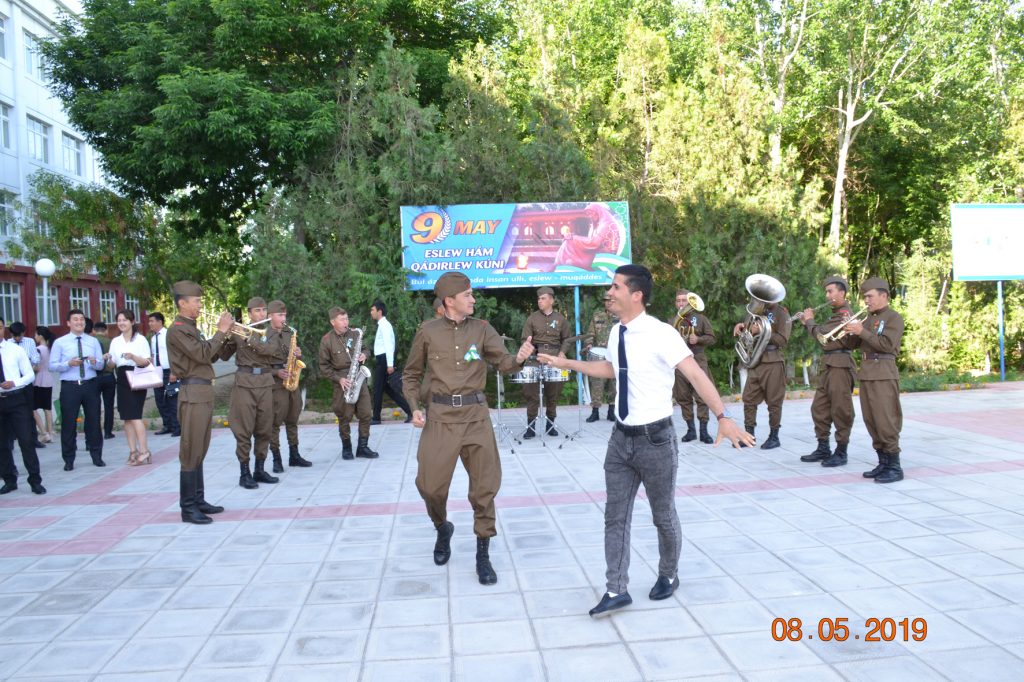 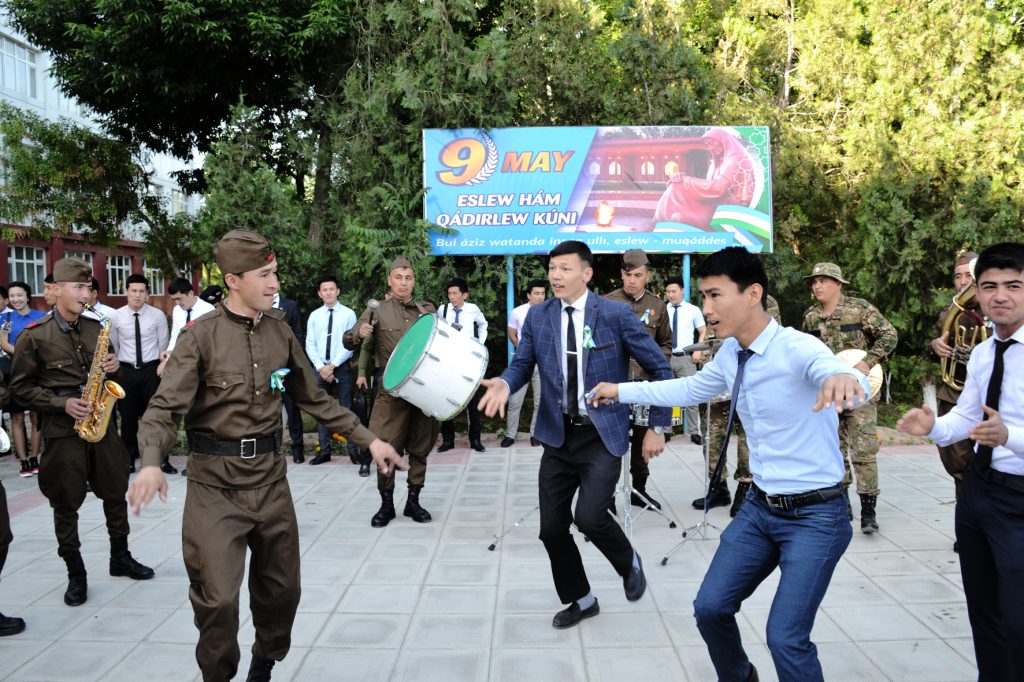 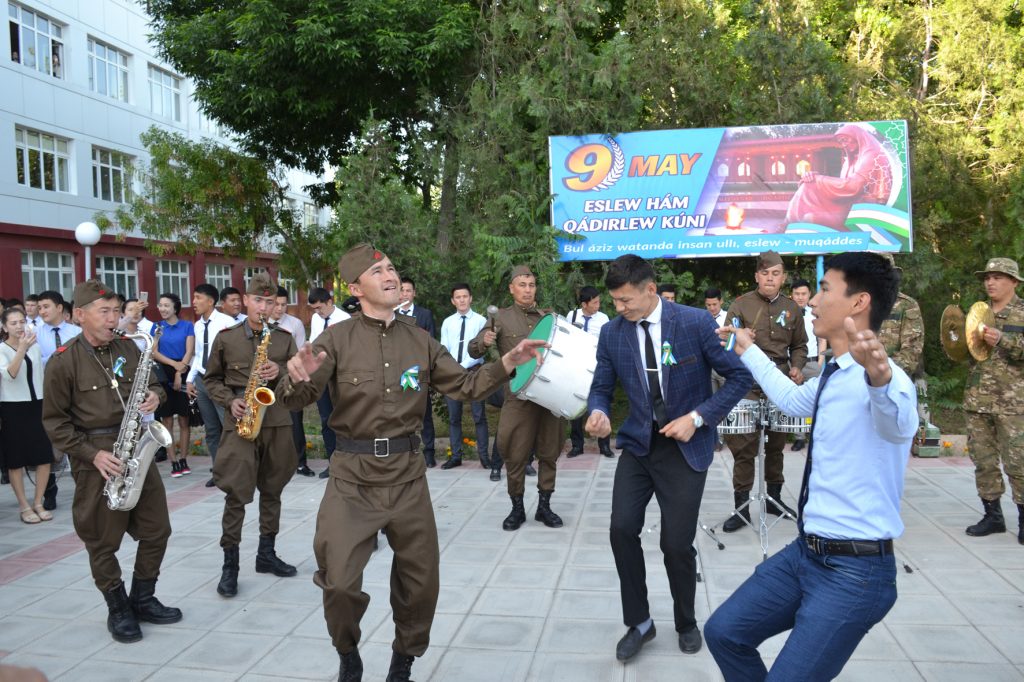